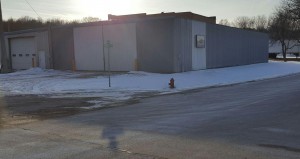 WEBSTER WELL INC. was founded in 1976 by Jim Minarick in the North Bend/Morse Bluff/Schuyler area. An irrigation division was established in 1979.

Jim Minarick, owner and corporate president, is a graduate of the University of Nebraska-Lincoln College of Agriculture. He is a licensed and certified water well contractor by the state of Nebraska Department of Health and the Nebraska Well Drillers Association.

In 2008, Mike purchased the Services division of WEBSTER WELL INC. and founded WEBSTER WELL SERVICES INC. Jim and Mike continue to work together with the domestic well division, with Mike Overseeing project price proposals and coordinating with other contractors, and Jim overseeing The drilling. Jim also oversees the irrigation division.

In 2003, Brian Larsen joined the company , and is now the domestic service and installation manager.

Together, we have over 75 years of experience in the water well industry!